How we respond matters By Richard Tyson

The news headlines of recent days have been incredibly unsettling. The pandemic, while showing some signs of easing, continues to disrupt, with deadly consequences for many, and continuing concerns for the world economy.

On Memorial Day, the nation was stunned with the brutal, deadly treatment of George Floyd at the hands of policemen in Minneapolis. The video evidence is damning, and virtually all who have seen it condemn what was done. This weekend, protesters took to the streets of our nation to express their outrage. Most, I believe, desired to show that expression in peaceful ways. However, there were others who used the George Floyd tragedy as a catalyst for rioting, looting, and destruction of property. They literally brought anarchy to our doorsteps.

One American business that directly felt the impact of the violence was Target. Their store in Minneapolis was ransacked by looters. While Target was not the only company experiencing this, the response of their CEO is well worth noting.

I think it’s safe to assume that the first reaction to the destruction of our livelihood would be anger and even a desire for retribution. Although Target CEO Brian Cornell did not express this in any way, he surely is not exempt from these very human feelings. Instead of following these normal emotions, however, he dd something very different.

Cornell states, “As a Target team, we’ve huddled, we’ve consoled, we’ve witnessed horrific scenes similar to what’s playing out now and wept that not enough is changing. And, as a team we’ve vowed to face pain with a purpose.”

Rather than focus on the punishment of looters, Cornell and his executive team have sent first-aid supplies to areas affected by the riots and, when it is safe to do so, they will rebuild their looted stores and re-open.

Brian Cornell’s response to the George Floyd incident and its impact on Target is the epitome of emotional intelligence. He and his team are undoubtedly aware of the negative impact wrought upon them by the rioters. Nevertheless, they self-regulated; they followed the old rule of “counting to ten before reacting,” and then listened to their better angels. They were then motivated by the greater good of their communities, and they have reached out with caring and kindness.

One of my favorite poems is IF, by Rudyard Kipling. A few lines are worth sharing here:

If you can keep your head when all about you

Are losing theirs and blaming it on you,

If you can trust yourself when all men doubt you,

But make allowance for their doubting too;

If you can wait and not be tired by waiting,

Or being lied about, don’t deal in lies,

Or being hated, don’t give way to hating,

And yet don’t look too good, nor talk too wise…

If you can watch the things you gave your life to, broken,

And stoop and build ‘em up with worn out tools:

If you can talk with crowds and keep your virtue,

Or walk with Kings—nor lose the common touch,

If neither foes nor loving friends can hurt you,

If all men count with you, but none too much;

If you can fill the unforgiving minute

With sixty seconds’ worth of distance run,

Yours is the Earth and everything that’s in it,

And—which is more—you’ll be a Man, my son!

Mr. Cornell, I salute you: You are, indeed, a Man cut out of the cloth that Rudyard Kipling so eloquently described. Your emotional intelligence and that of your executive team set a much-needed example for our nation.

While we cannot turn a blind eye to injustice or brutality, we must not let it become an excuse for more injustice and brutality. As Mahatma Gandhi once said, “An eye for an eye only ends up making the whole world blind.” We must face our problems, in the world, in our country, and in our businesses with both eyes wide open—and with emotional intelligence.

We must not gloss over our issues. Full awareness is essential. But we must also self-regulate; how we respond matters! And more leaders like Brian Cornell need to step forward, motivated by the greater good, with caring and kindness for all.

Now the question for each of us: How will we respond to the inevitable trials that face us?

Richard Tyson is the founder, principal owner and president of CEObuilder, which provides forums for consulting and coaching to executives in small businesses. 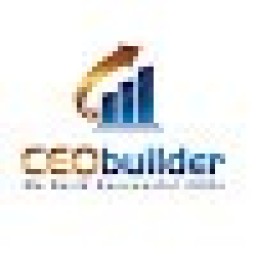 Articulating Your Vision is an Urgent Priority! By Richard Tyson

Let’s step back from the abyss By Richard Tyson

In Pursuit of Perfect Days

Please log in again. The login page will open in a new tab. After logging in you can close it and return to this page.

Get your free three hour coaching session ($1500 value). Just complete the information below and we'll contact you to schedule.